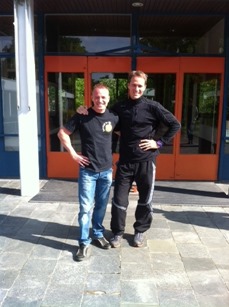 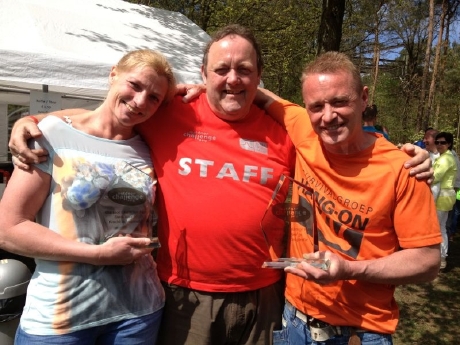 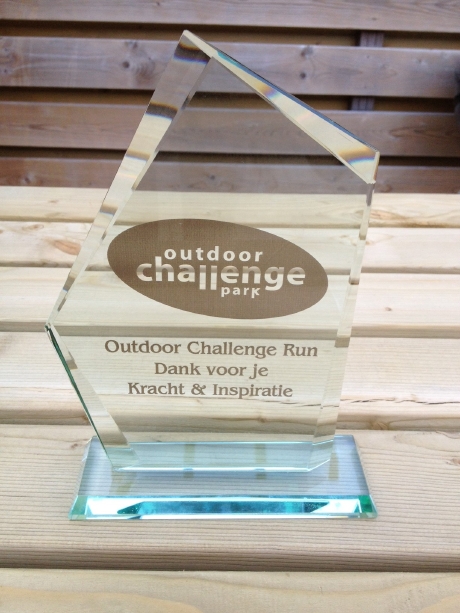 Erasmus Medical Center in Rotterdam provides the world’s most successful treatment for patients with carcinoid and neuroendocrine cancer. It’s known as Peptide Receptor Radiotherapy Treatment (PRRT), and uses targeted doses of Lutetium isotope (Lu-177). Over 600 patients have been treated and some 85% experience measurable tumor reduction or at least a lack of progression, without significant side effects. So patients come to Erasmus full of hope.

Despite the upbeat mood, the dormitory where we stay overnight for treatment is still a cancer ward. It’s a place where people come to terms with their own mortality, and that’s not always a very nice picture.

One of the patients, an elderly woman, wore a 3/4 length mink coat to the Erasmus Medical Center. It was a beautiful coat, and reminded me of similar furs worn by my own mother and grandmother. I could almost hear my mother saying: “Well if I have to go to a cancer ward, at least I’m going to look good!” This thought endeared me to the woman, Aphrodite, and we exchanged a few words about her treatment.

Aphrodite was diagnosed with carcinoid cancer almost 20 years ago. She’s had a number of treatments of various types over the years, and has had four prior visits to Erasmus for Lu-177 PRRT therapy. This would be her fifth treatment, and she’s only the second patient I’d met who was receiving additional treatments beyond the standard four sessions. She was unaccompanied by any caregiver, and I would describe her attitude as pensive, but still hopeful.

Compare her case with that of Erik, who was receiving his second treatment. He was joined at Erasmus by his lovely wife, and appeared very upbeat about the treatment. Erik is literally a survivalist. He’s a member of the Dutch special police force, and volunteers at a youth training camp for survival skills. In Netherlands his case is well-known and he is billed as the ‘Dutch Lance Armstrong’ (the American cyclist who fought and beat testicular cancer). He even shared with me some news stories that have been written about his medical case, which have the hopeful tone of articles about cancer patients with strong community support.

Both Aphrodite and Erik are receiving the same treatment at Erasmus. In general all patients receive the same dose, but there are cases where a patient with low blood counts will be given a half dose. I took an interest in how the treatment is prepared, and the doctors at Erasmus were very willing to share the information with me.

For those who may not be familiar, the treatment offered at Erasmus uses octreotate (which resembles Sandostatin) that is bound to the Lu-177 radioisotope. Sandostatin, a synthetic version of the naturally ocurring somatostatin hormone, is often administered as an anti-proliferative and for symptomatic relief. It is injected and binds to peptide receptors on the carcinoid tumors. It does not affect other organs, and waste is passed out in the urine. Octreotate binds to the same peptide receptors as Sandostatin, but more effectively and with higher affinity.

When Lu-177 radioisotope is mixed with the octreotate at high temperature, a radiation-laced cocktail is produced which can be injected into a patient’s bloodstream. This infusion is used to deliver high doses of radiation directly to a patient’s tumor sites. Thus the treatment is referred to as ’targeted-radiation’.

The radiation dose is prepared by specialist staff in a separate room. As I understand it, they first prepare the octreotate in sufficient quantity for 8 patients (around 200 micrograms). Then they mix it with the Lu-177 radioisotope, allowing 200 millicuries per patient. This mixture is diluted with saline up to 800 milliliters (mL), and divided into eight 100 mL portions. The eight doses are poured into lead-lined vessels which are labelled with the patients’ names.

In an earlier article, I estimated that the volume of the infusion given to each patient was 200 mL. The actual amount given to a typical patient is 100 mL (less than a teacup). But for those with very low blood counts, a half dose of 100 millicurie (also in 100 mL) might be given instead. In other words, the infusion is prepared uniformly, and each patient is given either a full or half dose.

Patients receive 200 millicuries of radioisotope with each treatment. Over the standard protocol of four sessions, each patient would receive a total of 0.8 curies of radiation. This is well below the lifetime limit.

Like most patients, Erik tolerated his second treatment quite well. He had some nausea, though not as much as he experienced during the first treatment. Aphrodite on the other hand had a tough time, both in terms of her reaction to treatment and her emotional state. She was visibly upset by the time we were released from the hospital, because the scans showed that her disease had progressed more than originally suspected. Erik comforted her as we were leaving the treatment ward.

For any of us, the treatment can be emotionally draining. Each visit to Rotterdam, and this was my third, I have tried to do something fun the day before my treatment. On my first trip, I visited the museum. On my second, I attended the Rotterdam International Film Festival. This time I walked into a record store, explained that I like to see rock concerts, and asked where I could find a band playing. I was directed to a small club where I drank and danced with an enthusiastic crowd as we watched Swedish group Grand Avenue. At least for me, these little outings are good medicine for the spirit.

Other patients get moral support from their caregivers before and after treatment. I’m not referring to paid nurses, but a sister or husband or friend who acts as the patient’s caregiver.

The caregivers play a valuable and often unheralded role. They give comfort and moral support to the patient, and communicate with doctors. They often share the financial burdens of treatment, and in cases of financial hardship they help rally the public to raise funds. And they fulfill various supporting roles such as research, logistics and dietary management. I am in awe of the fortitude of these caregivers, who make tremendous sacrifices and contribute substantially to the well-being and hope of the patients they care for. I know that my own wife has helped in all of these respects, and I am indebted to her for this.

But one aspect of the moral support that concerns me is the tendancy of many patients to bring their caregivers with them to Rotterdam. Of course I understand that bringing someone along on the first trip will help with logistics. And it is comforting. But the patient is also exposing the caregiver to radiation.

The rules for exposure after treatment are that the patient should not spend long periods in close proximity with any person. Sleeping in the same bed is definitely out for at least a week. A patient can walk in the public or take a taxi, but should minimise the distance to at least a meter (or 3 feet), and the duration should be minimized to at most an hour.

After treatment I get slightly nervous about things like standing in lines, and sitting in a plane on the flight home to Singapore. While the total exposure anyone would receive from sitting through a 15-hour flight next to a patient recently released from Lu-177 therapy is just 25-50% of the daily EU radiation limit, it still makes me uneasy. If the flight is full (and they often are), I wait until the plane doors are closed and then jockey for a better seat. I look for a seat which is not immediately adjacent to any passenger, and definitely avoid sitting next to a woman, since she might be pregnant.

While I can understand why other patients bring their caregivers along, especially on the first visit, my wife and I concluded that this would not be necessary or wise. When I return home, I give her a hug every day (along with my son) and then keep my distance as prescribed by the doctors at Erasmus MC. For me, the duration of this ‘semi-isolation’ is 5-7 days, which is tolerable. For other patients, it may be longer.

So while all patients get the same dose, their reaction will differ depending on many factors including body weight and tumor burdon. But a patient’s prognosis will also be affected by his or her mental outlook. I believe that having the right attitude really helps.

Some patients boost their attitude by having a caregiver close at hand. For me a visit to a museum, film screening or rock concert are better ways to keep a positive outlook for the treatment, and there’s no exposure to my caregiver.

But most patients at Erasmus for the PRRT treatment are very optimistic indeed. Our group was photographed at the completion of the treatment session, and you can see that we are all very happy. We really owe a debt of gratitude not only to our caregivers, but also to the doctors and nurses at Erasmus for operating this pioneering treatment programme which is giving longer, better lives to so many patients with carcinoid and neuroendocrine tumors.

Bill Claxton is a 55-year old male, mid-gut carcinoid diagnosed in 2004. Bill is an American living in Singapore, and he is the technical director of a company specialising in Internet video solutions. He has for the past several years assisted the Carcinoid Cancer Foundation and Carcinoid Cancer Awareness Network in production of conference video recordings.